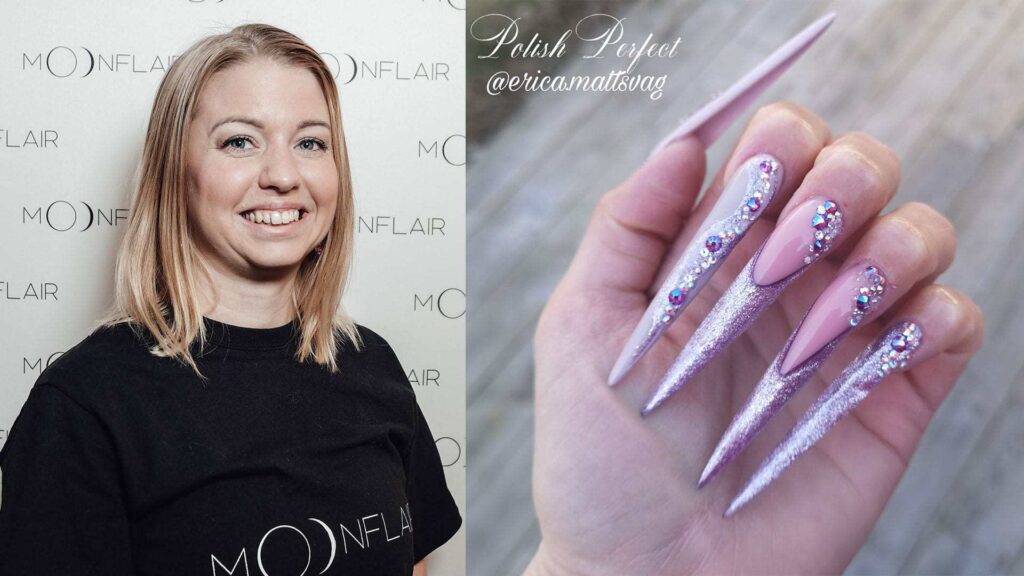 My name is Erica and I am part of the Moonflair Content Crew. I have been a certidfied nail tech for almost eight years but it was far from certain that it was actually nails I would later work with. In my first blog post I thought I would tell you why, I also hope that this post can inspire someone to take the step of leaving the hobby and get the best job in the world instead.

When I did my (first) nail training in 2013 I thought it would be fun to do nails on myself, I knew absolutely nothing about nails but had my nails done twice and was not  super impressed when it both hurt and was painful even days afterwards. I thought, this can not be right? Unfortunately, I managed to hit completely wrong and ended up with a totally useless education program that didn’t give me much. But what it actually gave me was an increased interest, I realized that this is so much fun! My nails were super ugly but it didn’t matter, it could only get better! 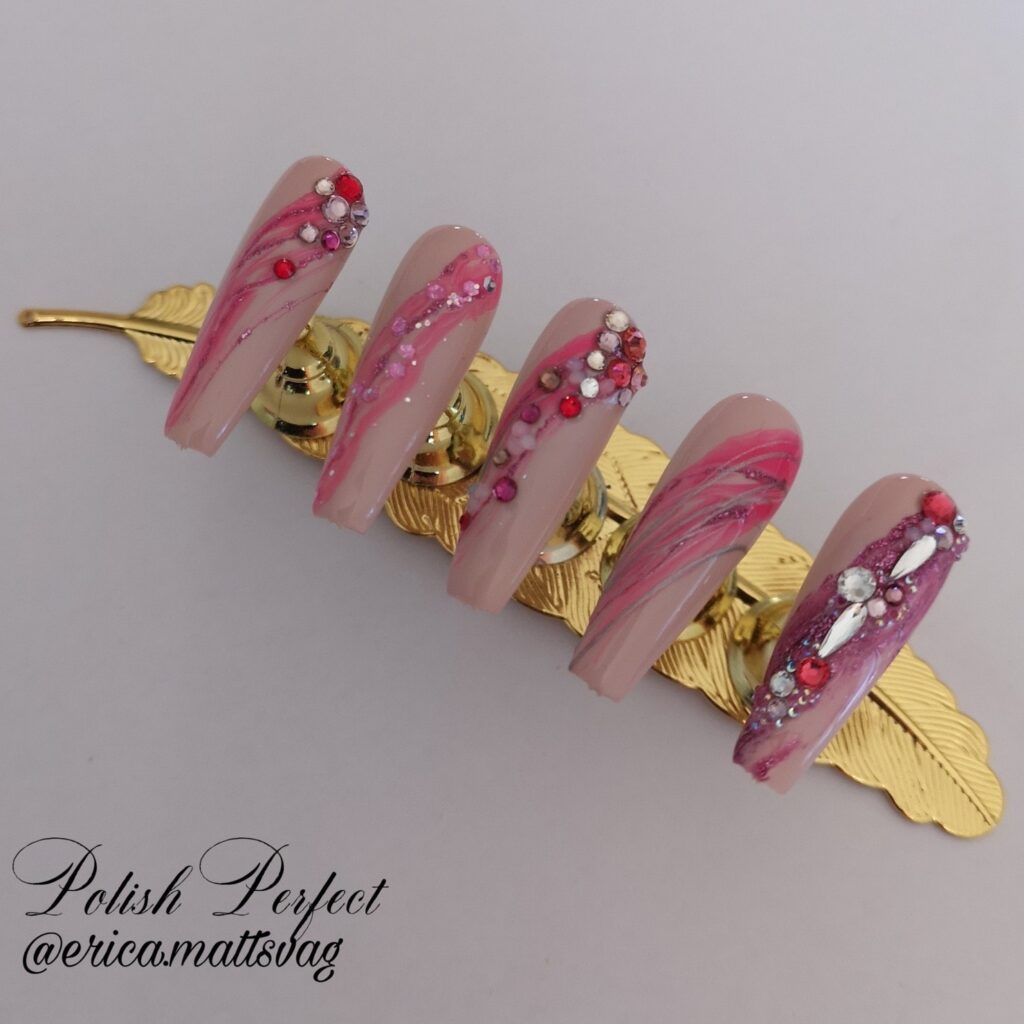 I attended so many classes after that and I usually tell people that I collect certificates. But what I didn’t do was to take the step to work at the salon. I sat there for five years and did my own nails and a couple of friends even though I knew all along that this was what I wanted to do. Why did I do that? I think many will recognize themselves when I say that I simply didn’t think I was good enough. I thought I would not get any clients, there are so many nail techs out there who are better. I thought I needed to take more classes and learn more, but the truth is that what I really needed, what anyone needs go get somewhere, was to put me in a salon, get clients and PRACTICE! You can’t be the best you by doing nails on yourself, you have to step outside your comfort zone and do what is uncomfortable because uncomfortable is what you need to practice.

Someone once told me that if you are not scared when you take the step then it is not worth it. If you are terrified it means that it is important enough for you which will make it successful, you will fight until you make it. You create your own obstacles. 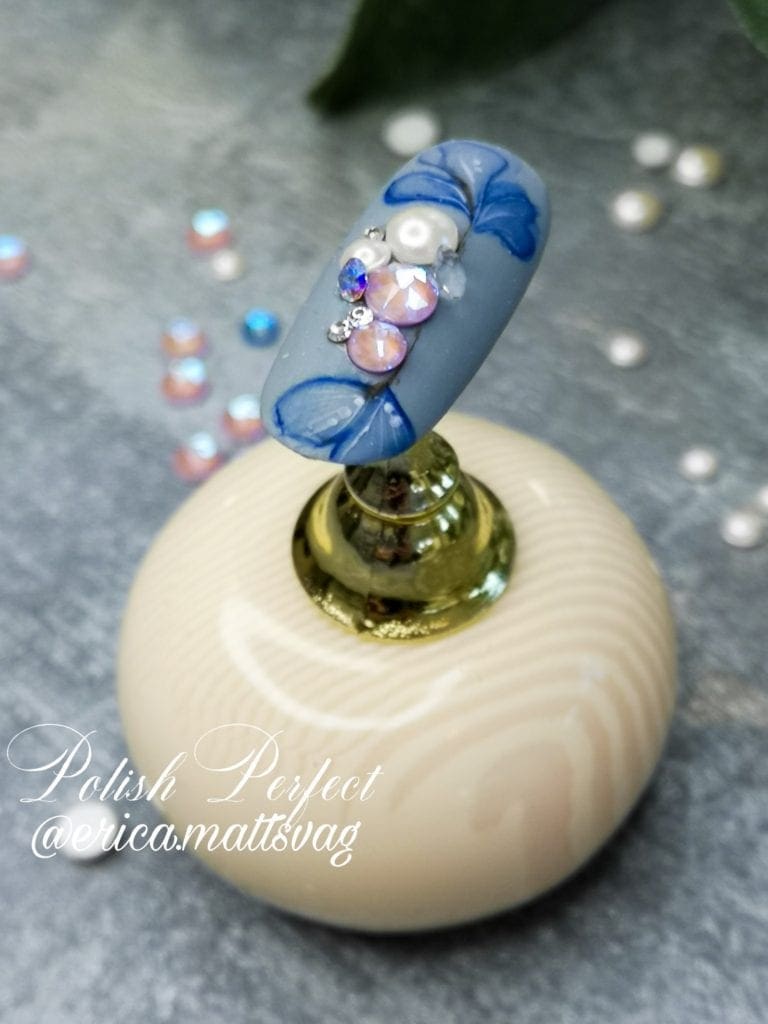 What obstacles do you set for yourself and why do you choose not to climb over them? I know that I still set up barriers quite often and still feel that I can’t do nails, although I know it’s not true, but I work on by simply doing it anyway once I get those thoughts that I can’t. And you know what? Usually it works out! Applying to the Moonflair Content Crew was so scary that I had to gather courage for a week before I finally put together my application and sent it in. I pressed “send” in the middle of the night thinking that I simply will not read the answer when they write that I didn’t make it. Now I’m glad I opened the reply email.

Ok, this was a bit all over the place but I think you all understand that the road to success does not have to be straight, you do not have to sit in a salon the first thing you do after your training, it is ok to take your time, but do not wait too long! You can do nails and I promise you won’t regret it once you’ve taken the step. First just ask yourself, are you scared?